Tested early, top seed Andover pulls away and reaches the Class 2A semifinals

Tested early, top seed Andover pulls away and reaches the Class 2A semifinals 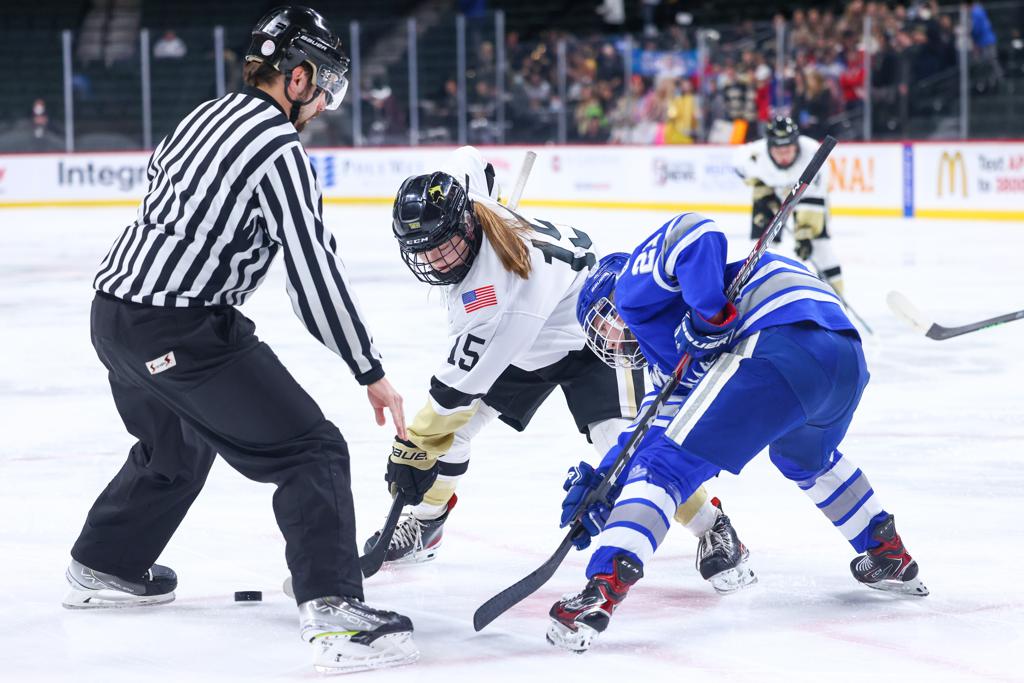 But the Huskies weren’t happy with their play at the second intermission up by two. What was lacking?

“I would have to say that I don’t think our intensity was there today,” said defenseman Cailin Mumm. “I think we needed to get on pucks harder. We needed to execute more. Considering all the shots, we just weren’t executing, and that’s frustrating for us.”

The Huskies (28-0) realized they needed to come out and show what they could do, junior Isa Goettl said. So, Goettl scored 29 seconds into the third period to make it 3-0. Mackenzie Jones added her sixth and seventh goals of the season on shots from the point, the second on the power play.

Andover had clung to a 1-0 lead until about seven minutes remained in the second period when Andover’s Ella Boerger intercepted a pass on the penalty kill, springing herself for a breakaway, backhanded, shorthanded goal.

“Things could have gone two really different ways at that point,” Andover coach Melissa Volk said. “So that was huge for Ella to score that goal.”

“I thought we did a good job containing them the first two [periods], absolutely,” said Warriors coach Tate Rusk, whose team is 17-12-0 . “Then a couple of whoopsie goals there, the power play, a turnover shorthanded.”