Andover puts in one exceptional minute, rolls over Gentry Academy and into final

The Huskies scored three goals in a burst at the start of the third period.

Andover puts in one exceptional minute, rolls over Gentry Academy and into final

The Huskies scored three goals in a burst at the start of the third period. 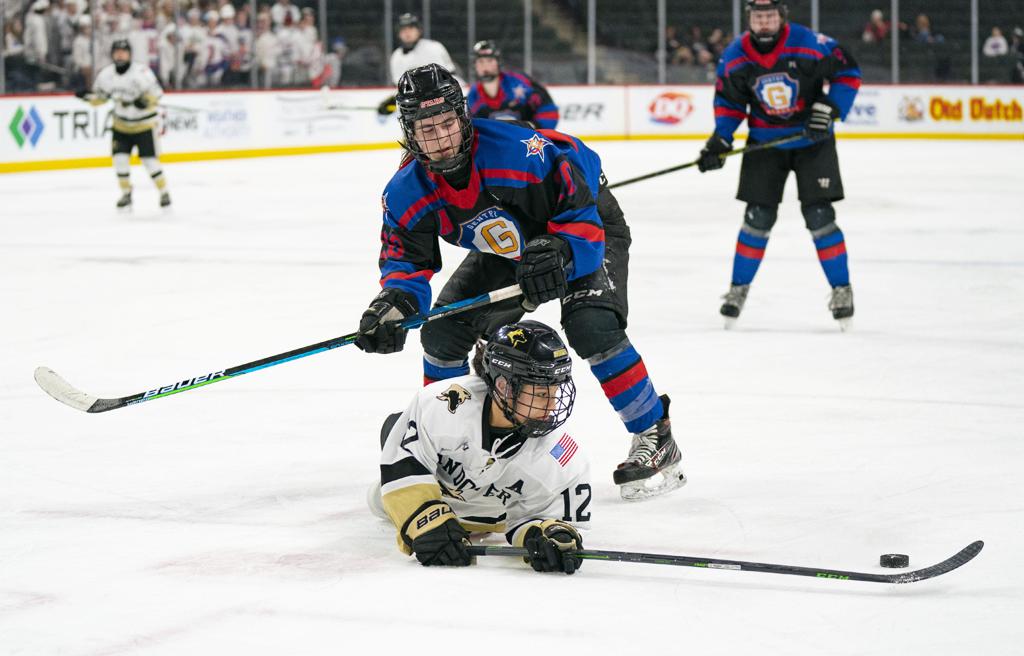 Andover’s depth was tested Friday when top-line staple Isa Goettl left the game because of injury.

Senior Emma Heath took Goettl’s spot, and the undefeated Huskies started rolling. They used a trio of goals in less than one minute of third-period action to pull away from Gentry Academy for a 5-1 victory in the Class 2A girls' hockey state tournament semifinals.

No. 1 seed Andover (29-0) returns to the championship game for the third consecutive year.

“It’s fun to get your players who aren’t your top scorers going,” said Heath, who scored a goal and assisted on another during the surge. “It gets the whole team excited.”

The teams traded power-play goals in the first period. Andover’s Maya Engler gave the Huskies the lead at 11:02. With less than one minute to play in the period, No. 5 seed Gentry Academy (23-7) received a fortunate bounce. A puck shot by Jenessa Gazdik hit goaltender Courtney Stagman, then bounced up and off Stagman and into the net.

“We needed to show up in the third period, and that did not happen,” Gentry Academy coach Paige Jahnke said.

Andover had no such problem. Nora Sauer, a third-line forward, backhanded the puck into the net just 1:38 into the third period.

“It was very gratifying,” Sauer said. “You go out there and work hard and you hope for that bounce.”

And 28 seconds after Brown’s goal, Heath extended the lead to 4-1.