Minnetonka made the Huskies overcome a one-goal deficit in the third period to take home the win. 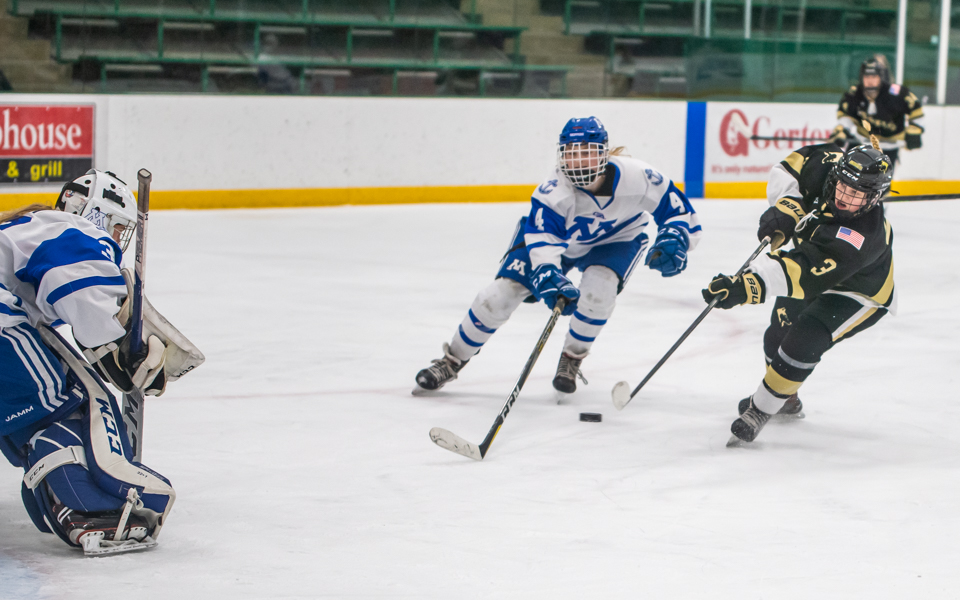 Scoring the winning goal Wednesday night in the third period is Andover's Sara Kaiser (3). The Huskies defeated the Skippers 4-3 in the Walser Invitational Championship. Photo by Earl J. Ebensteiner, SportsEngine 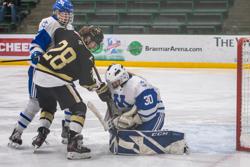 A tie game late is almost to be expected for a pair of teams ranked No. 1 and No. 3 in Class 2A girls’ hockey in Andover and Minnetonka, respectively.

Then with about 3:30 to play, Andover senior forward Sara Kaiser got a pass from freshman Hannah Christenson in the Minnetonka zone. In alone, Kaiser drove the net and fired a quick wrister. The puck found the back of the net to give Andover the lead once again.

“I just go the lucky opportunity to go in and score,” Kaiser said. “I just told myself not to panic and to look where the goalie is.

“I had so many emotions going through my brain. And when it finally went in, my brain just exploded. I was like, ‘that just really happened.’  I was just excited about it.”

Kaiser’s goal, her fourth, held up as the game-winner for top-ranked Andover’s 4-3 victory over Minnetonka in the Walser Girls’ Hockey Invitational on Wednesday evening at Braemar Arena in Edina.

The Huskies (12-0) grabbed a 2-0 lead in the first period with a deflected shot from junior Ella Boerger for her team-leading 10th goal of the season. She has a point in seven straight games. Andover kept pressuring for the second goal. Junior Isa Goettl took the initial shot. She then took the rebound behind the net before passing to junior Madison Brown for her eighth goal of the season. Goettl had a bunch of scoring chances in the game, but that assist gave her 15 points in her past six games.

Minnetonka answered before the first intermission, only 14 seconds into its only power play of the game on a goal from junior Elly Klepinger, her sixth of the year.

The Skippers got even late in the second period. Freshman forward Ruby Rauk, playing in her second game this season, was all alone on the side of the Andover net with about three minutes left in the period after an Andover turnover in its own zone. Minnetonka freshman Lauren Mack picked up the puck and sent it Rauk’s direction; Rauk buried it and tied the game.

Five minutes into the third, Minnetonka scored its third straight goal, this time on a breakaway down the ice from Minnetonka’s leading scorer, junior Grace Sadura. It marked the first time this season that Andover allowed three goals in a game.

“But she just beat me,” Stagman said. “She’s a great player. Kudos to her.”

The Huskies weren’t fazed and kept going with their game plan.

“We trust the process,” Andover coach Melissa Volk said. “We know that the girls can outwork them, keep getting pucks on net, play tough defense.”

About three minutes after Minnetonka took its lead, Andover had the equalizer. Christenson and Maya Engler came into the Minnetonka zone with the puck. Christenson slid a perfect pass over to Engler who finished the play for her third goal of the season and a tie game.

The goal was a cherry on top of a great game for Engler.

“She scored that goal, but also her play without the puck,” Volk said. “She was the first forward always backchecking. Picking up people on the back side, which is obviously huge for our defense.”

Engler is one many freshmen on Andover’s squad gaining experience at the varsity level and against solid competition. Of the six defensemen the Huskies put on the ice, four of them are freshmen.

Holding a one-goal lead, the Huskies weren’t out of the woods until the final buzzer. With an offensive-zone faceoff looming with two minutes to play in regulation, Minnetonka took a timeout and pulled the goaltender for the 6-on-5 advantage. The result was a flurry of pressure, scoring chances and crashing the Andover net.

The only thing that didn’t happen was a tying goal before the horn. Stagman stood up to the pressure, a “brick wall back there for us,” Kaiser said.

“I love seeing a lot of shots in a game,” Stagman said. “It keeps you ready, keeps you focused.”

Stagman made 32 saves, while Minnetonka senior Sophia Johnson stopped 38 Andover shots, one more than her season-high set in Tuesday’s semifinal win against Edina.

Both losses for the No. 3-Skippers (11-2) this season have come at the hands of Andover. The Huskies defeated the Skippers 1-0 at Andover in the second game of the season.

It’s a blast to play a team like Minnetonka, a squad evenly-skilled and matched as the Huskies, Kaiser said.

“It gets our adrenaline up, and we just get super excited,” Kaiser said. “We’ve just got to be all mental toughness and just battle it out.”

Last year, pandemic-related restrictions meant Andover could only play teams in their Northwest Suburban Conference. So it’s a welcome change to face a top team like Minnetonka, and others, too. This year’s schedule is the toughest Andover’s has been, Volk said.

“But I always try to fill our schedule up with the best of the best,” Volk said. “This year has been even harder. We have so many freshmen on our team, so much inexperience on our team. So it’s so much fun to see them succeed.” 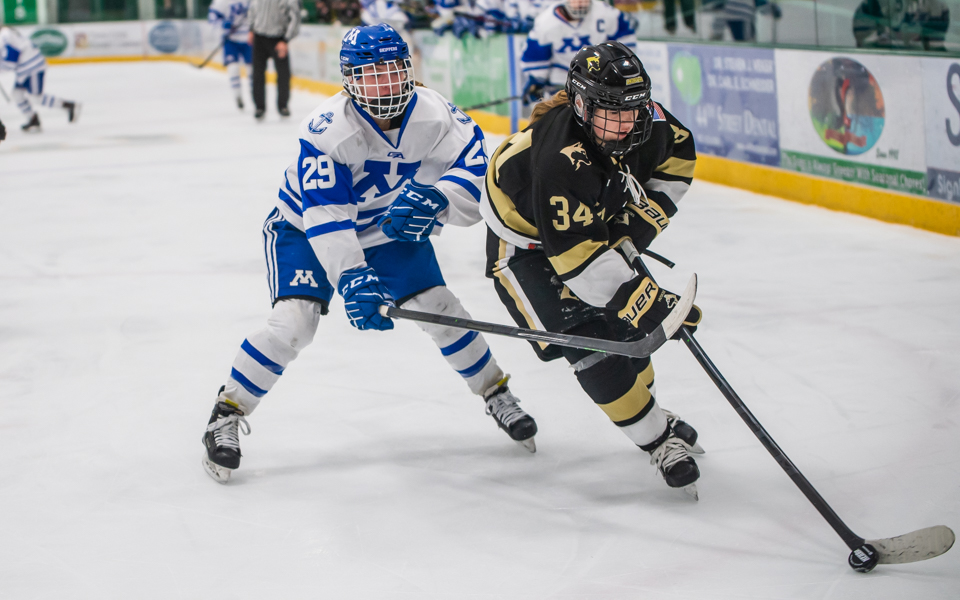