In the middle of a historic season for the Andover girls hockey team, junior standout Peyton Hemp took part in some international history as well.

Playing in the 2020 IIHF Under-18 Women’s World Championship in Bratislava, Slovakia, Dec. 26 through Jan. 2, Hemp and Team USA captured gold, the team’s fifth in six years and record 13th-straight medal performance in IIHF U18 play.

“The entire experience was truly surreal,” Hemp said. “I couldn’t have asked for a better staff and family atmosphere. Playing with such a talented and kind group of girls was so special to me.”

Team USA went 2-1 in preliminary play, defeating Finland 4-1 and Russia 1-0 before falling 2-1 against Canada. That gave the team a bye into the semifinals against Russia, where USA earned a 3-0 win, before taking the title rematch over Canada 2-1 in overtime.

“Winning gold was the best moment in my hockey career hands down,” Hemp said. “It has been something I dreamed of since I was little.”

Just making the team was a milestone of its own, trying out alongside the nation’s best young skaters.

“The selection process was definitely long and difficult, but it was all worth it,” Hemp said. “To be able to represent my country through the game I love is such an incredible honor.”

Talent-rich Minnesota filled eight of the 23 slots on the Team USA roster, with Hemp skating alongside and against the best the state has to offer with Andover as well.

“Both are super special,” Hemp said. “At Andover, I am fortunate to play with my best friends that I grew up with who are awesome players, and playing with USA I get to play with and against the best in the world while representing my country.”

The attention now turns back to the remainder of the high school season, one that has had no shortage of highlights for the Huskies.

The team is currently ranked No. 2 in Class AA, sporting a 19-1 record following a 5-0 win over Blaine Jan. 11, and is the lone team to have defeated top-ranked Edina.

Hemp has had a large part in a high-powered offense that has averaged more than six goals per game, accumulating 18 goals and 20 assists.

Jamie Nelson has led the Huskies offensively with 19 goals and 33 assists, with 16 goals by Madison Kaiser, 15 by Isa Goettl and 13 by Gabby Krause. Eleven players have double-digit points already, while the team’s defensive effort has been equally strong, allowing just 1.1 goals per outing.

The Huskies have five more regular season games before aiming for their third-consecutive Section 7AA championship in early February.

“I am so excited to be back with my team, and I feel that we have played very well this season,” Hemp said. “Expectations are high. We are confident, but we know we have to work hard every game and play complete games to achieve our goals.” 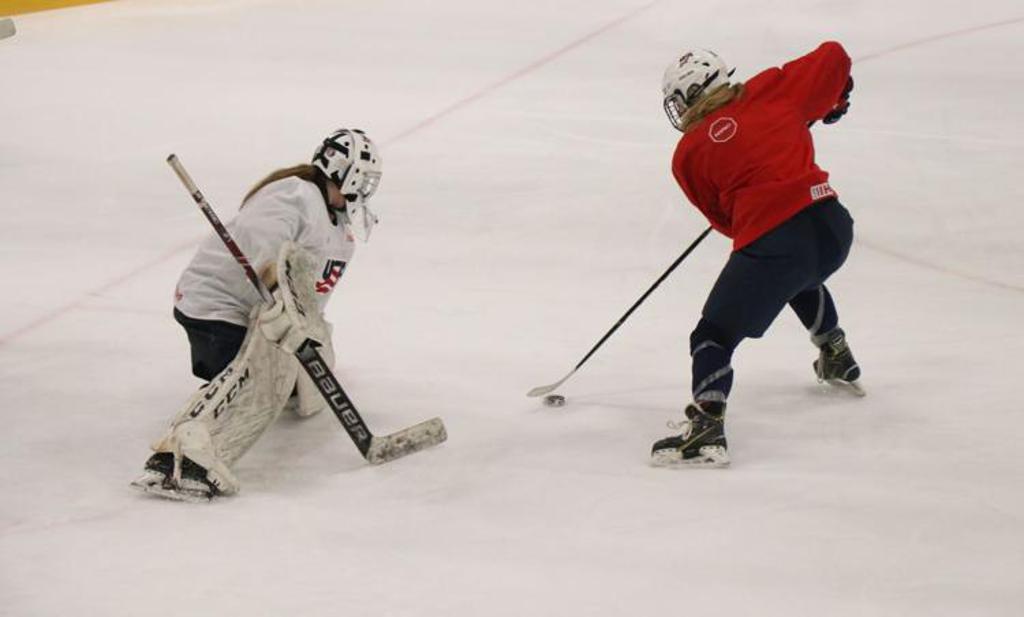